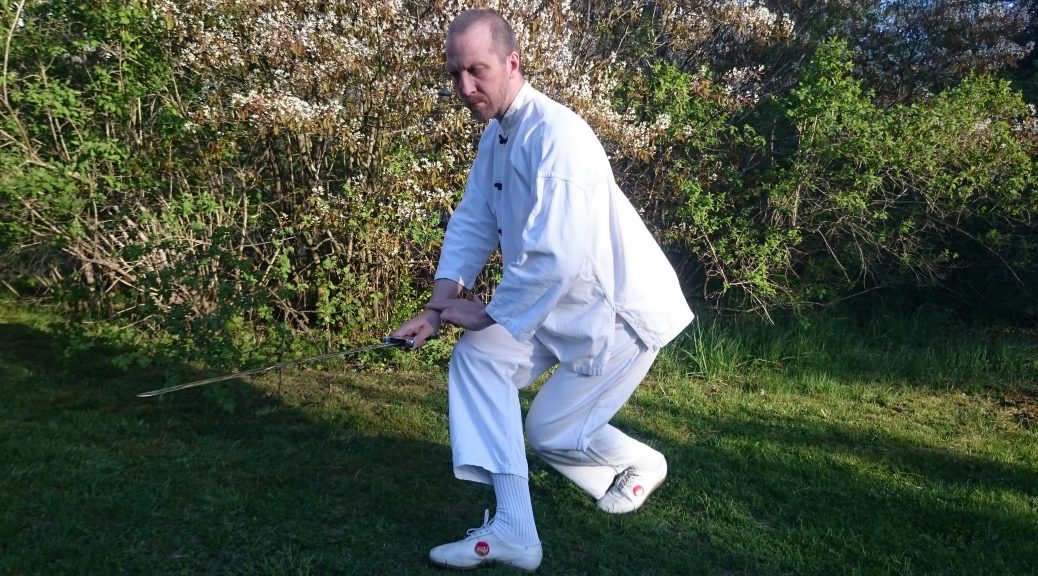 Forms have a special place in Chinese martial arts. Almost every martial art in China (with some important exceptions, e.g. Yi Quan) have forms which consists of a sequence of movements connected together. It places such a central role that they in many respects represent the essence of the art.

The practise of forms has been criticised by many. In some cases for good reasons and in other cases due to ignorance about how to make forms practise deeply meaningful and conducive to ones development.

A form as just a sequence of movement is just a shallow indoctrination of habitual patterns and if practised mindlessly as some kind of repetitive callisthenic will at best have a slight health benefit but will give you nothing in terms of martial ability or personal development. Fortunately, it is possible to go beyond shallow repetition into a space of dialogue and insight.

There are two phases in form practise where the second one depends on the first.

The first phase is about learning the form. Learning the form starts with learning each movement. Understanding each posture and the transitions between the postures. In any Chinese martial art there are several applications for each movement and to learn the form properly you need to learn at least 3 different ones for each movement in the form.  You also study the type of power (Jin) that is expressed in each movement. In the internal martial arts any kind of power is an expression of whole body power (Zheng Ti Jin). Whole body power is achieved by adhering to the six harmonies. It often becomes apparent when learning a form that there is some aspect of six harmonies that was not understood before. To address that one needs to practise more basic exercises such as standing, walking or  single movements until that particular aspect of whole body power has been found and integrated. Learning the form is a lot about about precision. There is no room for individual interpretation at this level. The form needs to be performed exactly according to standard, down to millimeter precision. Of course if there are physical limitation that is taken into into consideration.

While you are learning the form you are also finding a place in your daily life to practise it. After some months you will have a daily ritual of practise of the form. It will take another couple of months until that ritual starts to deepen your practise. Thus the second phase begins. If the first phase took concentration, discipline and devotion the second phase requires curiosity, openness, inquiry and listening. You need to relax into the ritual to the extent that you stop “doing the form” and instead let the form do you. This opens the dialogue where the wisdom of the past generations who devoted themselves to perfecting the form starts to tell you their secrets allowing you to investigate strategy, application, power, the flow of qi, why postures are the way they are etc. Rushing it or wanting it too badly will not help. You need to patiently and gently inquire and listen in the temenos (sacred container) of the ritual you have created around your daily practise. Verify your findings in pushing hands and free fighting with your boxing siblings and with your teacher who could verify and guide you to even deeper levels. Properly cultivated, this dialogue and the teachings of the form can continue for the rest of your life allowing you to slowly improve day by day.

Support this site and the development of online courses!